Following on from my post last night about the change in my Ruby Critic scores after I tweaked the config for flay, I thought I'd grab a copy of the code as it was at each of the releases I've tagged so far on GitHub, and get a screenshot of the Ruby Critic overview page for each - to see how the scores have shifted over time.

You can see where I started using Ruby Critic - between the 21.01 and 21.03 releases I break up the plugin generator code, which was the worst quality code in the project (not my code, I might add; it's a stripped down version of the Rails engine generator!) by such a wide margin that it was forcing everything else into the bottom quarter of the charts. Once I got that split up a bit, the rest of the files were able to spread out more usefully on the resulting zoomed-in scale :)

The screenshots below start with the most recent two that were in the previous post, and then head backwards in time. My milestone releases are usually on the 1st of the month, or at least in that general vicinity, so these are fairly evenly-spaced monthly snapshots for the last seven months. I've only pulled the tagged releases for now, which started in October 2020. That was one year after the project launched, and I must admit I am very curious to see how the story develops right from day one now... so I might go back and generate monthly screenshots for that first year at some point soon. 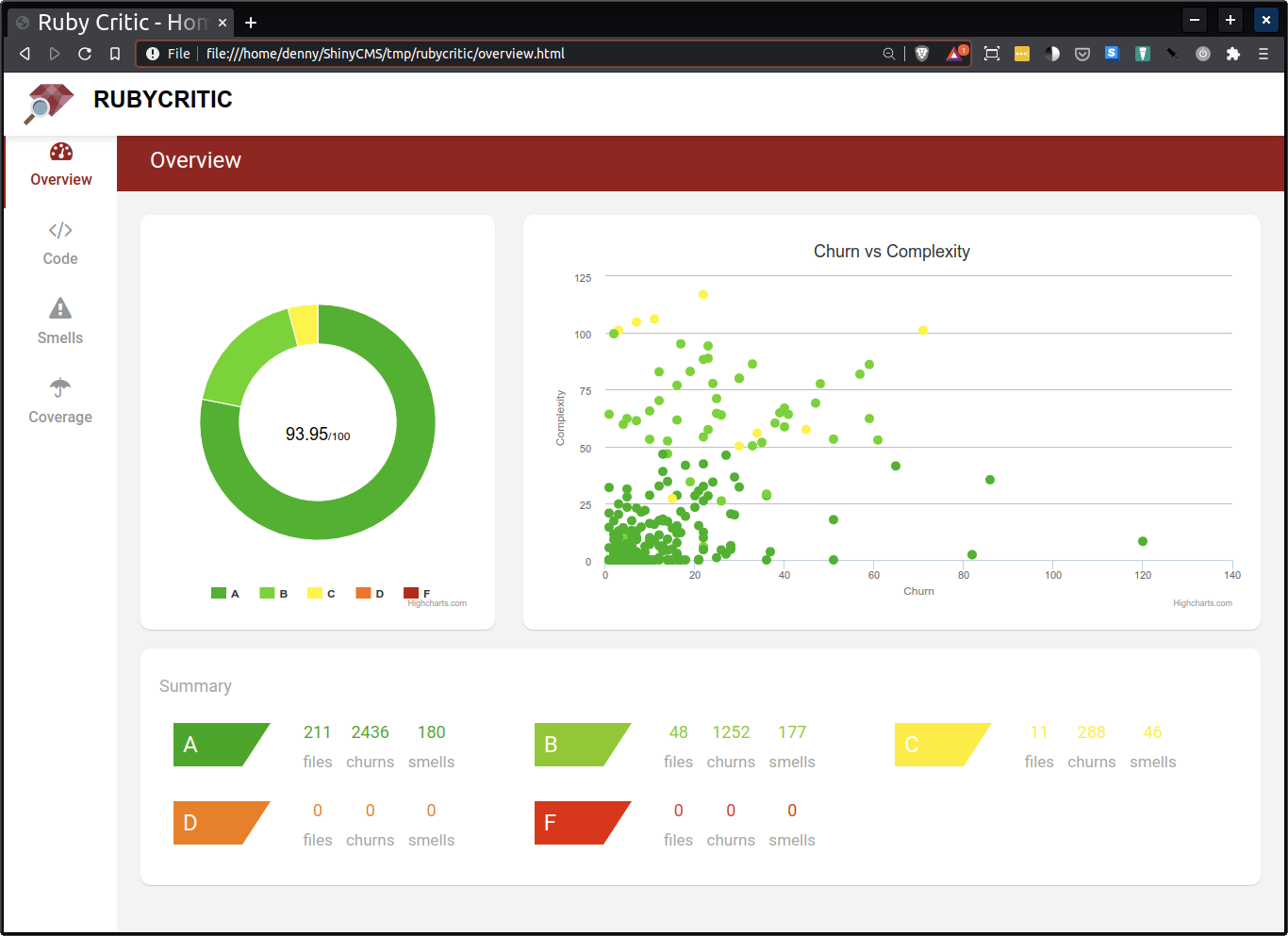 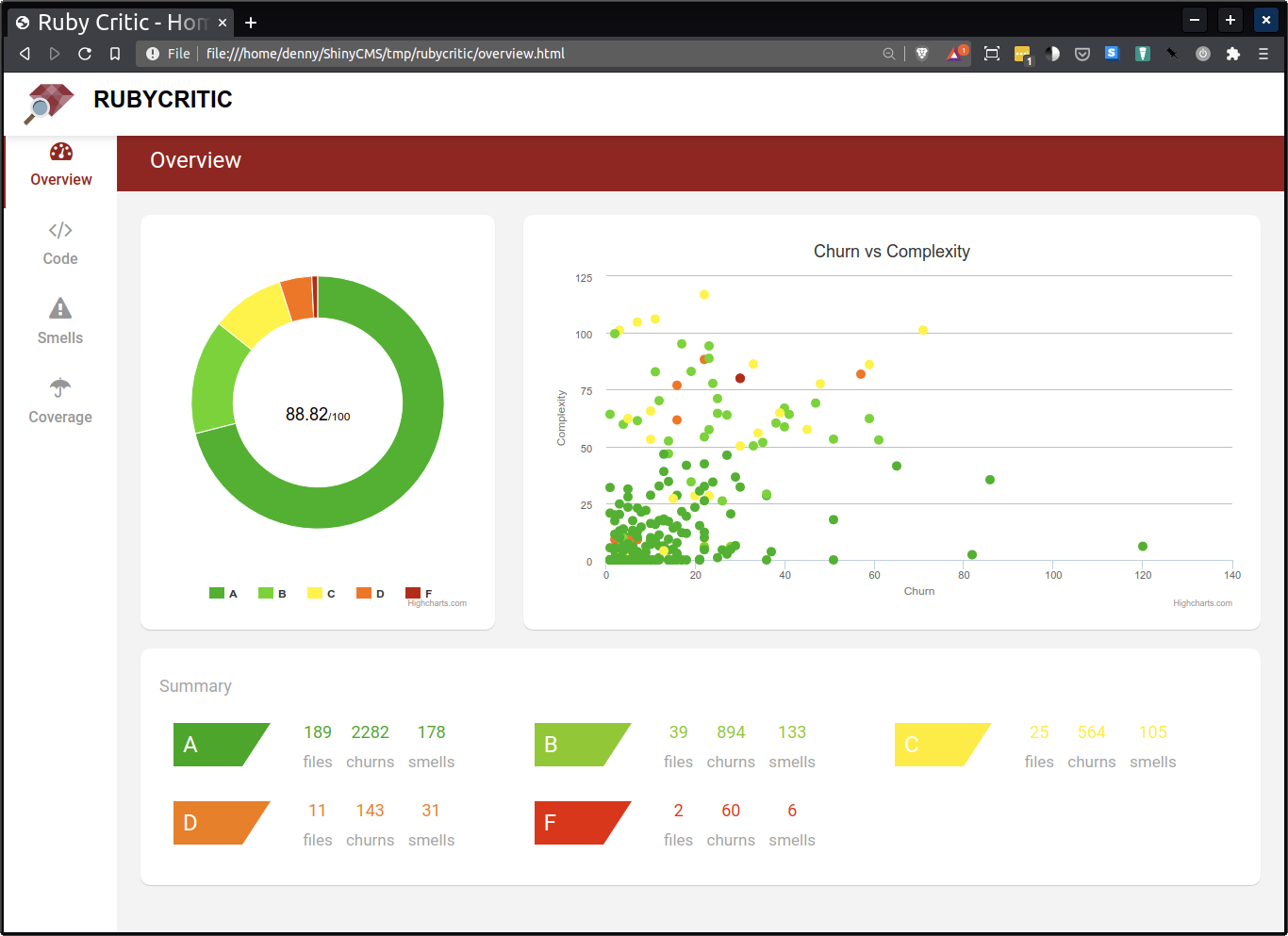 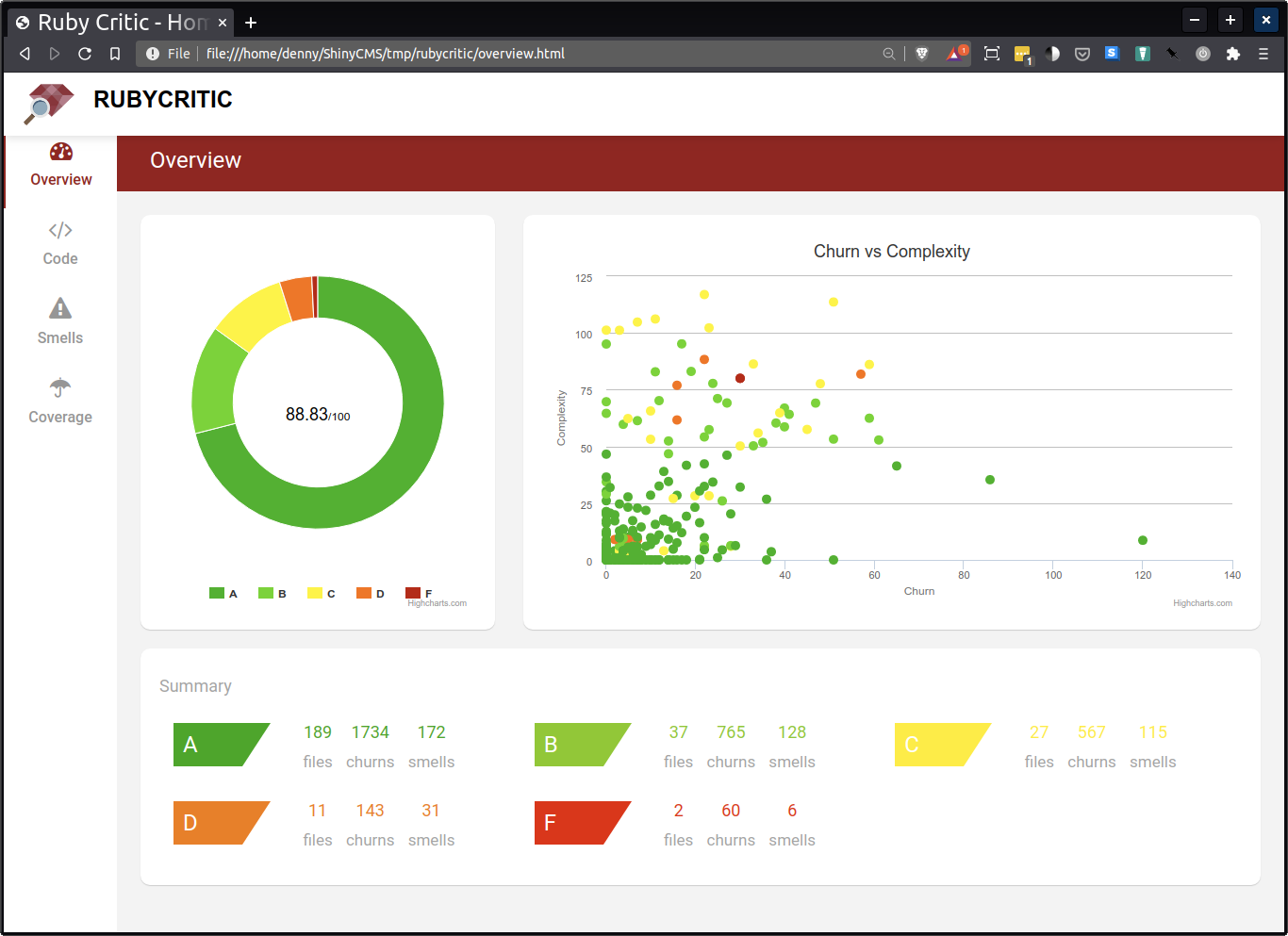 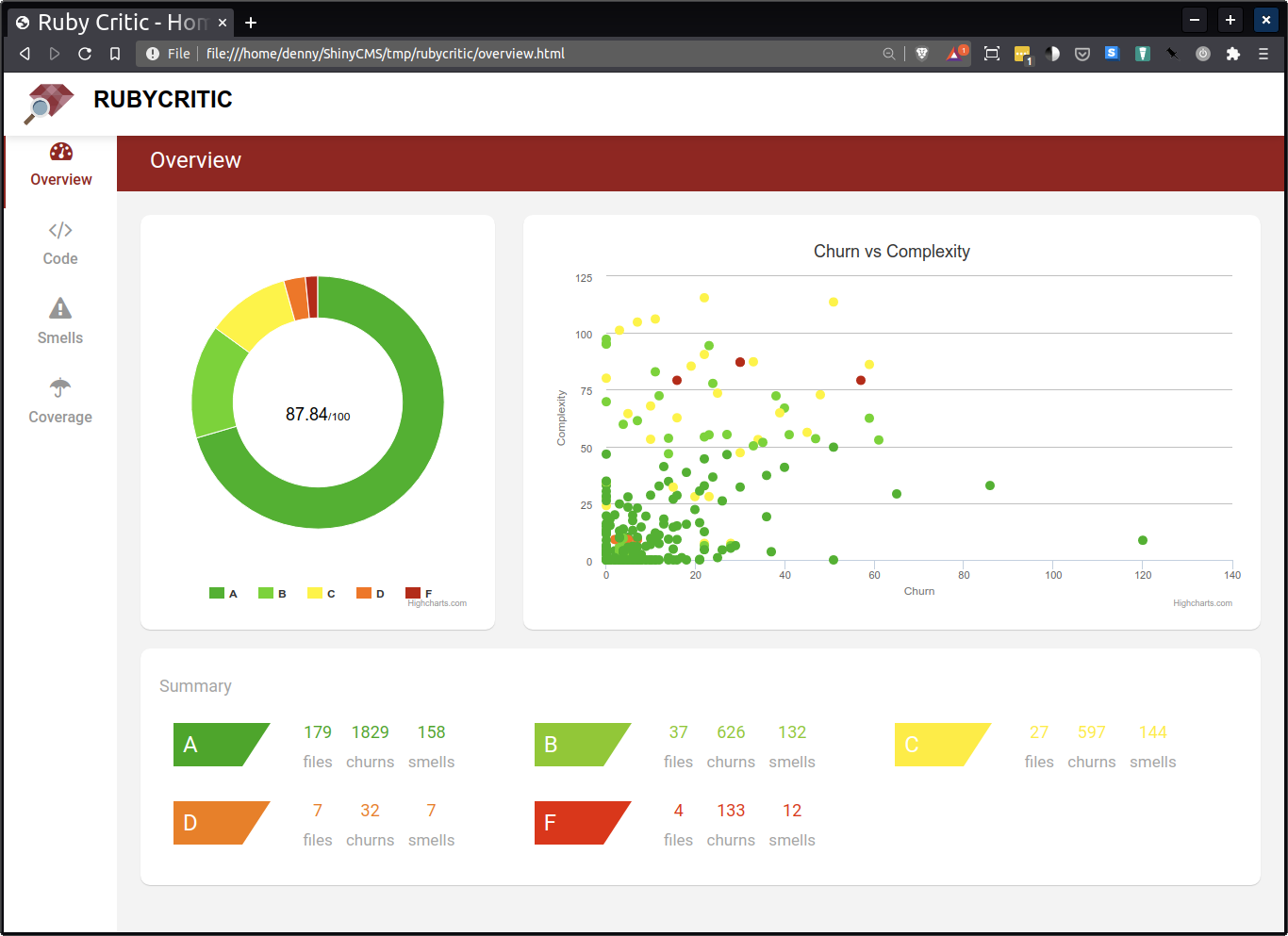 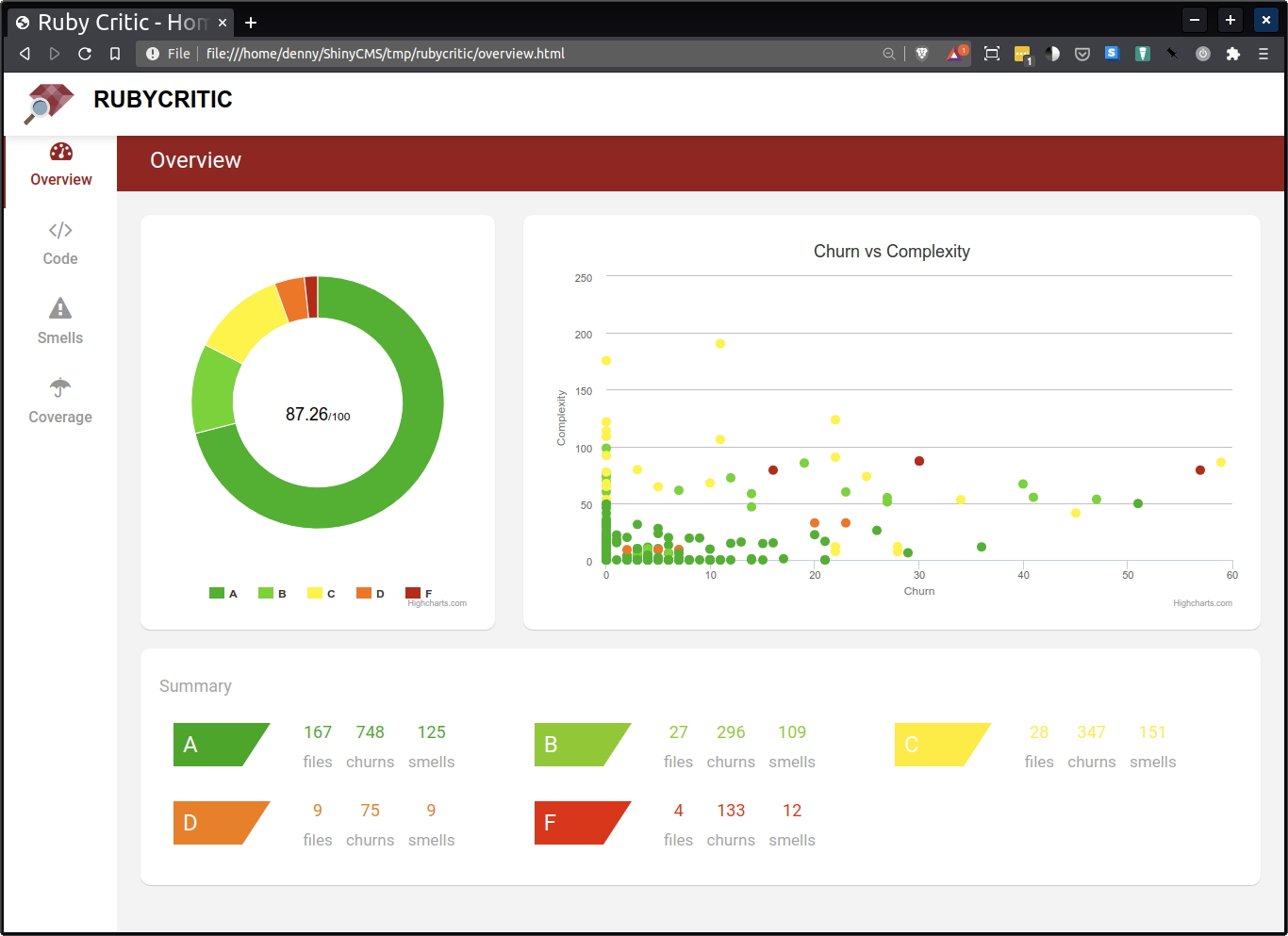 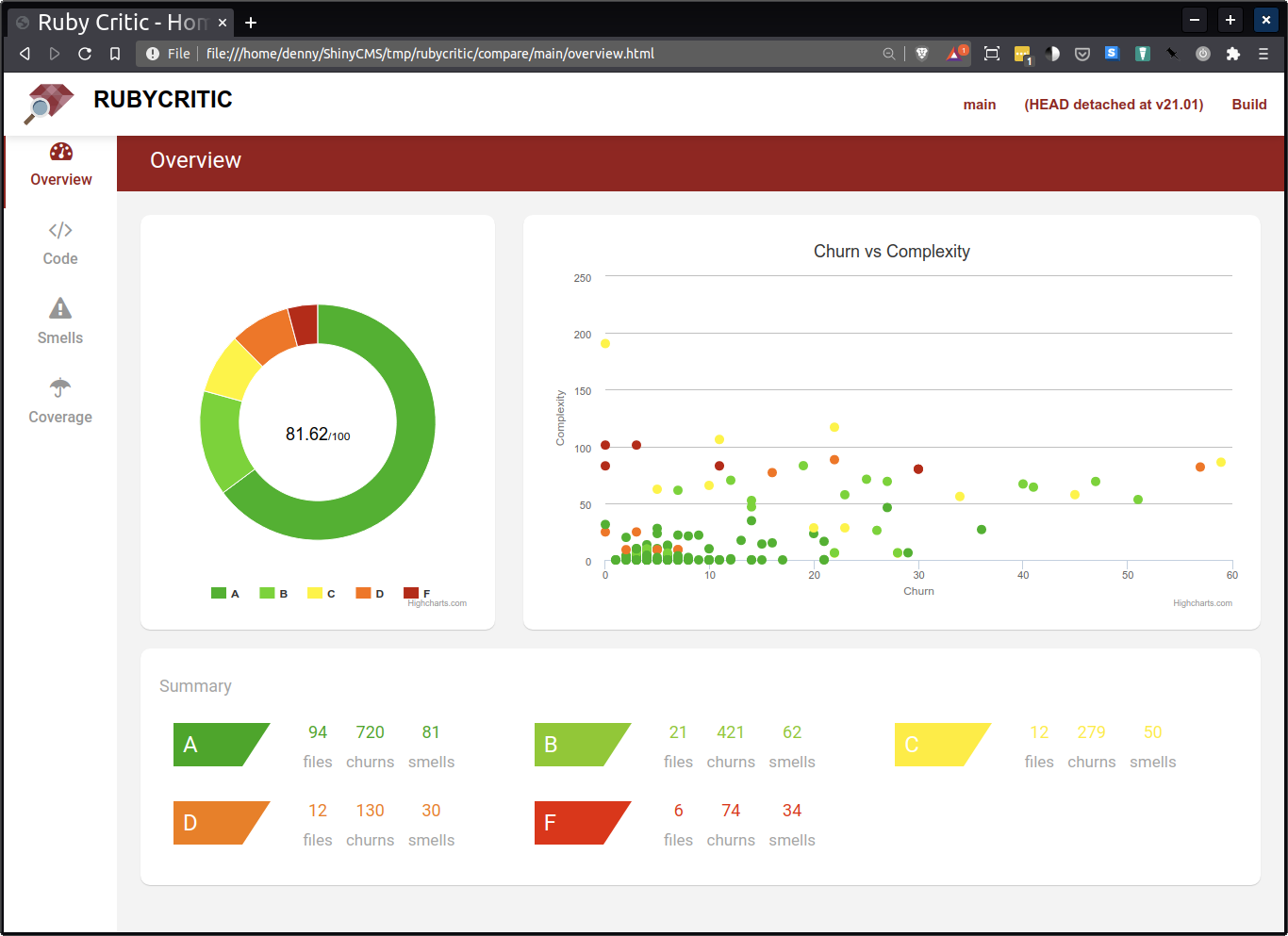 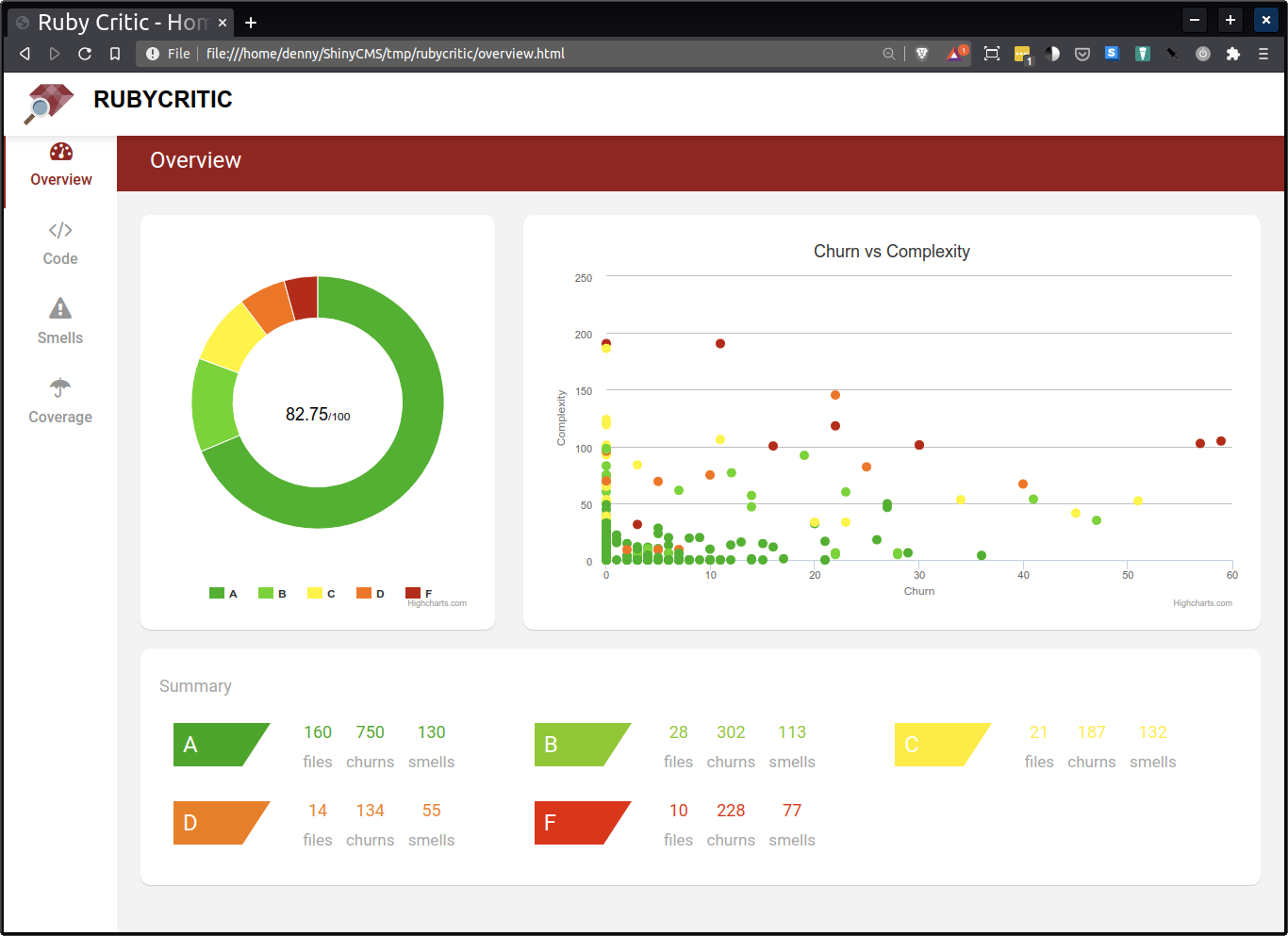 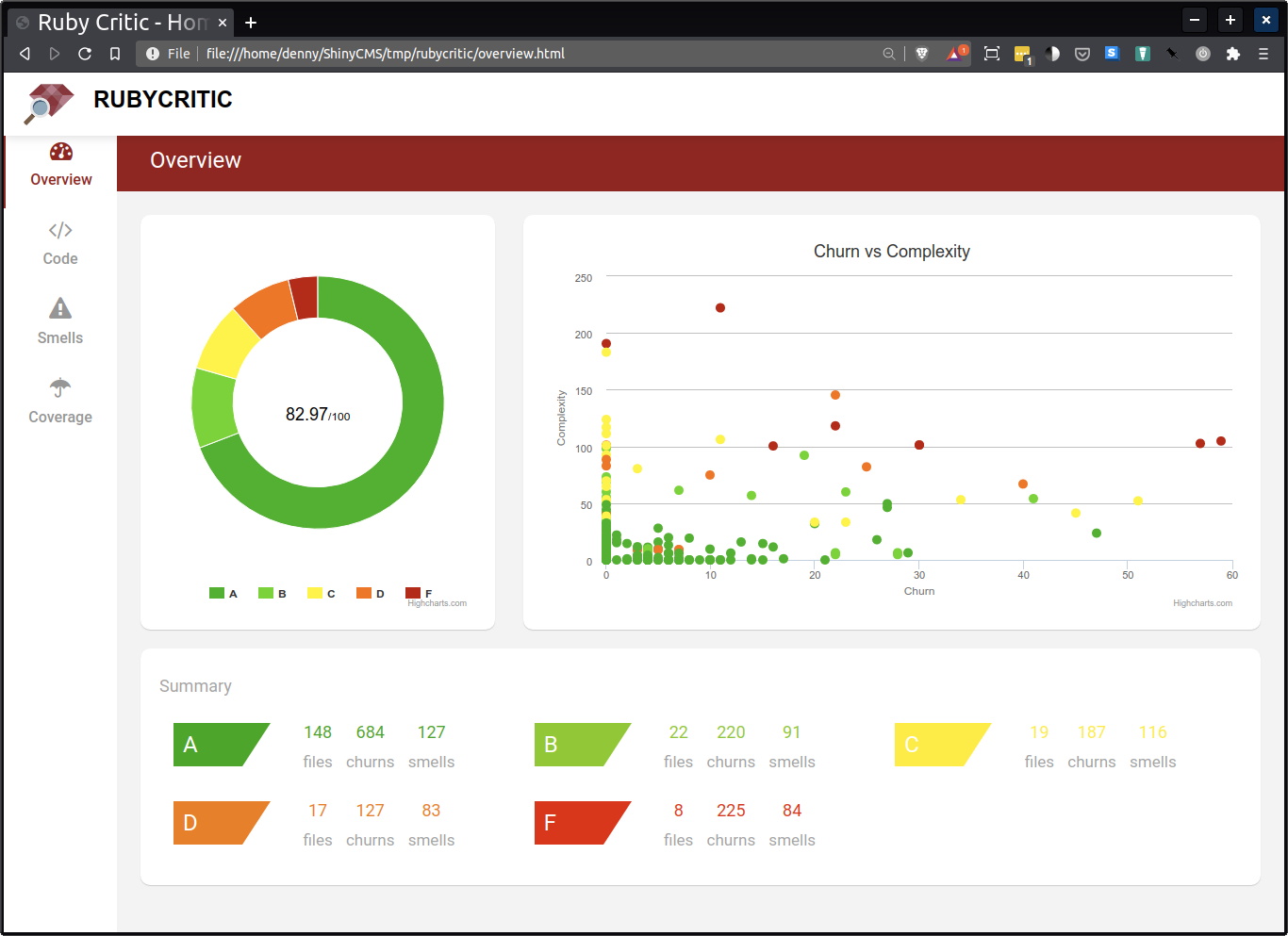 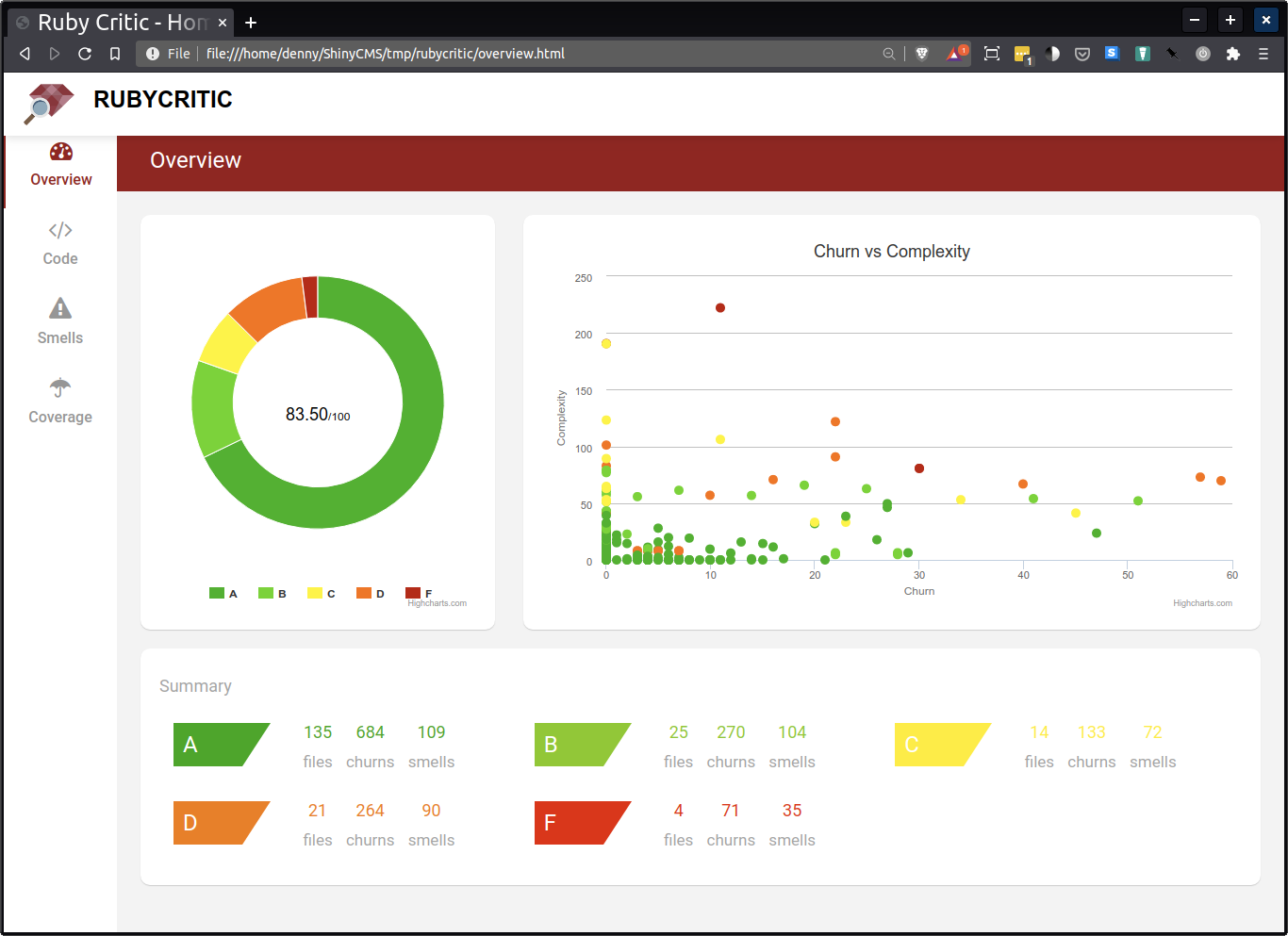